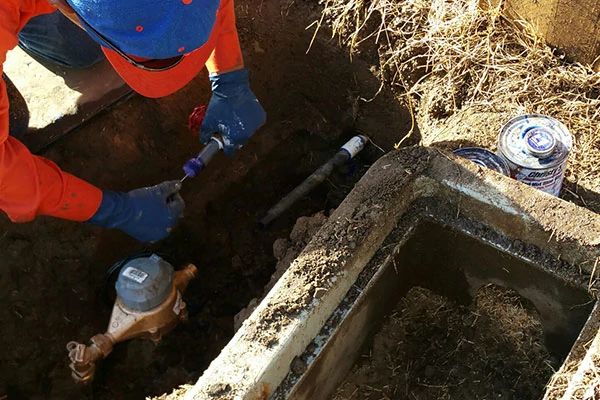 A City in Need of Greater Efficiency

Located in the San Joaquin Valley of Northern California, an area hit hard by recent droughts, the City of Merced’s Water System Division appreciates the value of water and successful water management. Strict water mandates, put into effect across California after the historic droughts of 2014 and 2015, along with continuing population growth, made the city’s need for flexible and efficient water management solutions more critical than ever.

Across California, water conservation has been a priority for decades, but many cities, including Merced, were not historically metered. Merced’s Water System Division standardized with Badger Meter in the 1990s to address California’s newly adopted requirement to install water meters. They first deployed Badger Meter’s Recordall® Disc series meters with TRACE®, the water industry’s first drive-by/walk-by radio frequency automatic meter reading (AMR) system. Over the next two decades, as technology advanced and Merced continued to grow, the city began deploying Badger Meter’s ORION® Classic (CE) endpoints. This technology gave the city added benefits, such as customer-side leak detection and data profiling. Nevertheless, even with these upgrades, inefficiencies existed. Only half of the city was retrofitted with meters, and it took two workers more than a week to read all of the meters within the system.

The expanding population, along with new business developments, were also contributing to a strain on the city’s water system. Knowing that the city would only continue to expand in the coming years, the City of Merced’s water team discussed solutions for managing the increasing demands on its water system.

The Plan for a Growing Water System

To address the unmetered portion of the system, the Water System Division devised a methodic plan to install an additional 10,800 Recordall disc meters beyond the already existing 10,500 residential meters within the city. As the plan developed, the team also determined that they needed a more efficient meter reading solution to better understand and monitor their operations and provide them with the ability to communicate effectively with their customer base.

“Merced is a growing community and is home to the University of California-Merced which also continues to expand. The Water System Division wanted to implement a system without fixed infrastructure, since traditional fixed infrastructure is not only costly to deploy, repair and maintain, but also requires ongoing build-outs to expand the system. We suggested cellular technology, a more flexible solution that offers the features and benefits of a fixed network by using secure, commercially available cellular networks. This eliminated an investment in costly infrastructure and allowed for a rapid deployment,” said Kathy Richards, account manager at National Meter & Automation, a Badger Meter distributor. “The team developed an RFP and ultimately chose the Badger Meter cloud-based software analytics platform – BEACON® Advanced Metering Analytics (AMA), with ORION Cellular endpoints and the EyeOnWater® application.”

Commissioner Gardiner explains why the district opted for an AMR system from Badger Meter: “The terrain is just hilly enough that it could create reading issues for an AMI system. And we prefer to use a drive-by system anyway, because we want to keep an eye on the meters and the area around them for maintenance purposes as well as to maintain a customer service presence. It is also the best choice for us from a fiscal perspective.”

With the plan for a new, standardized water management system in place, Merced applied for a California Zero Emissions Grant to help pay for the new system. Although Merced didn’t receive the grant in the first round of decisions, the second proved more fruitful. In the summer of 2015, Leah Brown, water conservation specialist for the City of Merced, received a call from the state of California saying Merced had received a Zero Emissions Grant for $2.5 million.

“Because of the reduced carbon emissions from decreasing AMR drive time and greater water consumption accuracy resulting from BEACON AMA software platform and the ORION Cellular endpoints, the state of California saw the potential for our combined water and energy savings,” said Brown. “The grant ensured that we could move forward with the new system more quickly and efficiently.”

With financial constraints eased, Merced’s water team got to work. In a little less than one year, the five-man crew headed by Carl Brown, lead worker, installed the 10,800 new Recordall meters along with ORION Cellular endpoints in the previously unmetered service locations. By using water department staff to prep the meter boxes and install the new meters and endpoints, Merced saved more than 35 percent of the cost of using an independent contractor.

“Our team sacrificed their time, often working more than 50 hours a week, to accomplish this install,” said Johnnie Baptista, public works manager of water for the City of Merced. “While it did take many man hours to complete this phase of the project, our crews were able to maintain strict quality control of the installation project with minimal disruption to customers. Installation data was collected electronically and our IT department worked closely with Badger Meter to digitally import the new meter data into our utility billing system, drastically reducing the amount of time required to enter the data and virtually eliminating the potential for data entry errors. Our team was able to work at the speed of the installation crew on the ground, and finance was not impacted by a backlog of data entry.”

Increasing Efficiencies Throughout the System

With Merced’s unmetered services fully functioning, and the already existing meters scheduled for an upgrade starting in the summer of 2017, city staff has already begun to see the results of their efforts. Using the BEACON AMA solution, they can review consumption data and work with customers that have higher than normal usage patterns to identify potential leaks. The city has realized a dramatic decrease in consumption.

Soon, customers will be billed based on their actual usage rather than a flat rate, and the new ORION Cellular meter reading solution is also helping with this transition.

“Prior to implementing BEACON AMA, it took us up to 30 days to see leaks because we were only reading meters once a month depending on the billing cycle. We are now finding and, more importantly, addressing the leaks within 24 hours. That saves us time and our customers money,” said Baptista. “We recently found a leak that was losing 500 gallons of water per hour every hour. Because BEACON AMA is a real-time solution, we identified and fixed the problem immediately. The EyeOnWater app, which we are now using internally and have started rolling out to our customers, enables our customers to monitor their usage on their smartphone or tablet and immediately contact us with a question. The app is already helping our team generate a real-time workload, so we no longer have to wait for the meter reading cycle to occur.”

“The upgrades in Merced’s system helped the city and its citizens meet and exceed the state mandated 36 percent reduction in water and energy consumption,” added Brown. “And, we’ve received positive feedback from both the state and our customers. Our customers appreciate the equitable billing structure and how our proactive efforts help them save money.”

While Merced’s Water Supply Division continues to upgrade its system and introduce EyeOnWater to its customers, the systems already in place are making an impact. Merced’s strategic and thoughtful efforts are saving time and money, and preserving the environment through water and energy conservation.